Movies by Picture Quiz - check yourself! Only 23% of people who completed this quiz answered all the questions correctly. 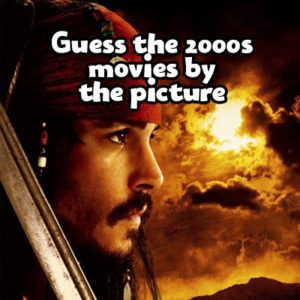 So what is the Movies by Picture Quiz?

Interesting Facts about some 2000s movies.

Pirates of the Caribbean: The Curse of the Black Pearl (2003)