Which Mortal Kombat Character are You?

In the early 90s, two American guys - Ed Boone and John Tobias, playing in Street Fighter and was apparently crazy about the difficulty and lack of blood. They made their own fighting game, calling it Mortal Kombat. And immediately they imagined that they would do something epic and decided to make more differences for fans and other gamers. However, they did not go too far in this. The trendsetters in fighting games did not become - the most colorful fighters and original tricks were too characteristic to borrow. Determine which character from Mortal Kombat are you? 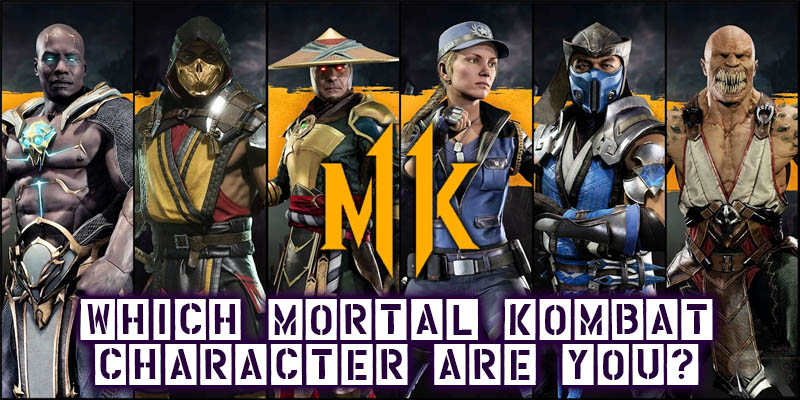 What is "Which Mortal Kombat Character are You Quiz"?

Something about Mortal Kombat

The plot was simple - a certain old man from another world held a tournament between earthly warriors and warriors of another world called Outworld. In short, guys copied the plot of Exit the Dragon with Bruce Lee. Only with of otherworldly garbage. The player was invited to defeat all the fighters. Defeat himself. Once again finish off the fighters in pairs. And then fight with the old man himself, before that, however, having beaten his bodyguard - the four-armed Goro.

The main feature of the game, which significantly distinguished it from other similar games, was the ability to finish off the enemy after defeating him in all rounds - Fatality. That is, after a long scuffle, the player could burn the enemy, tear out the heart or spine, tear off the lush little head, etc. Whereas in other games there was usually a stupid knock out. Moreover, a mini-game was made that made it possible to test whether you could break a log (iron, stone, ruby, diamond) with your thin hand in the game and how quickly and synchronously you can break a joystick in real life.

But the main drawback that haunted the series to the later parts were the monotonous gameplay. As well as multi-colored ninjas, made up of the same sprites, but a little different fought.